Thanks to the amazing success of several Greek-styled movies, Greek helmets have become something of a modern fixation. And at Medieval Armour, we offer a number of these classic Greek helms, featuring ones that were seen on-screen as well as ones that were used by Greek hoplites and Greek warriors throughout history. The most iconic of Greek helmets are without a doubt the Corinthian helmets. First used by soldiers of the City-State of Corinth in Ancient Greece, this brass helmet gradually gained widespread use across the whole of the Greece. Even today, the traditional Spartan helmets are actually just stylized Corinthian helmets that were modified to suit the Spartan's needs. Even Trojan helmets took influence from this well-traveled helmet! Traditional Greek helmets, as briefly mentioned above, were made in brass, although we also offer steel helmets in order to provide a Greek helmet that is more for function then for display. We also carry Greek plumed helmets, which feature colored plumage that helps to make the helm stand out. There are even a few royal Corinthian helmets floating around, which feature both plumage and impressively ornate designs fit only for the rulers of Greece's great city-states. And of course, what would a Greek helmet section be without at least one or two helmets modeled after the helms of the Spartans, worn in Frank Miller's 300. If you want a regular 300 Spartan helm, you'll find it here, just like you can also find Leonidas' Helmet, with its regal black plume. From movie to history, Medieval Armour has all the Greek Helmets, Corinthian Helmets, Trojan Helmets, and Spartan Helmets you could ever want or need! 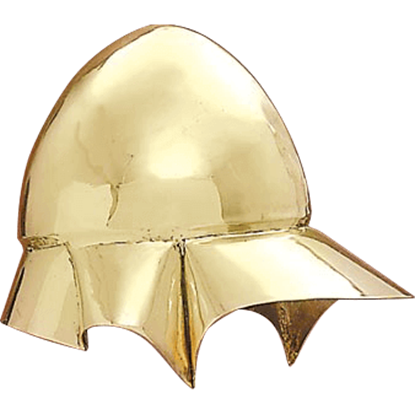 Item # AH-6118
The Boeotian Helmet originated in Boeotia, a region of Greece. The helmet is modeled after a folded down sunhat and is designed to provide for unimpeded hearing and vision, and thus it was primarily used by cavalry and mounted soldiers.
$270.00
Add to cart 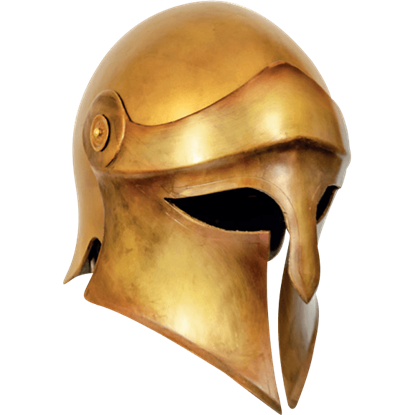 Item # LR003H
You and your fellow men have trained for years. Now the battle has come that will decide your fates. You put on the Bronze Hoplite Helmet and fight. Wear this polyurethane helmet into your next LARP battle or at a cosplay convention.
$84.00
Add to cart 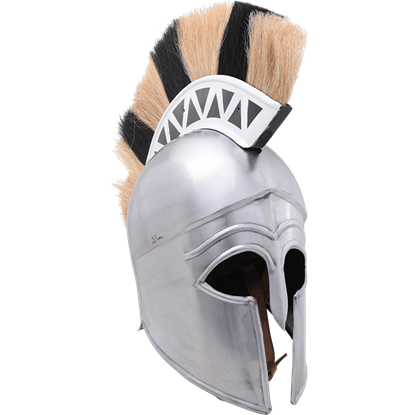 Item # HW-700182
You, Spartan warrior, have spent years preparing for this battle. Let the Persian army feel fear when they see the Greek Corinthian Helmet with Plume. Wear this impressive helmet at a cosplay event or within a theatrical production.
$89.00
Add to cart 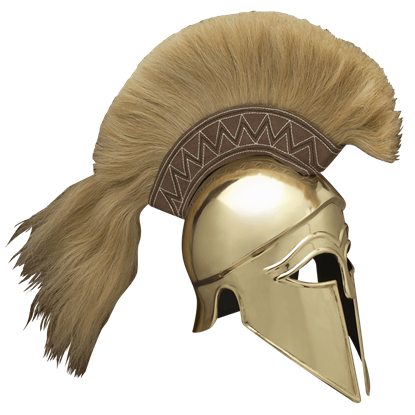 Item # AH-6058BP
With its distinctive shape, the Italo Brass Corinthian Helm with Plume is one of the most identifiable helmets of history. The iconic helm of the Spartan warrior, this helmet was favored by many Greeks because of its protective design.
$279.00
Add to cart 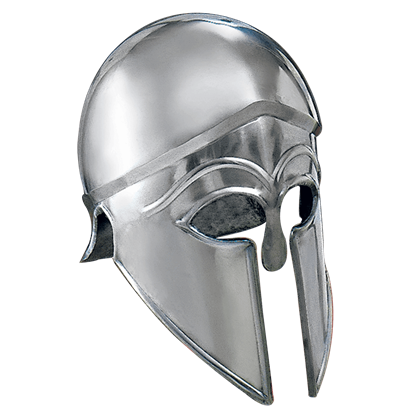 Item # AH-6058I
With its distinctive shape, the Italo Iron Corinthian Helmet is one of the most identifiable helmets of history. The iconic helm of the Spartan warrior, this helmet was favored by many Greeks because of its protective design.
$99.00
Add to cart 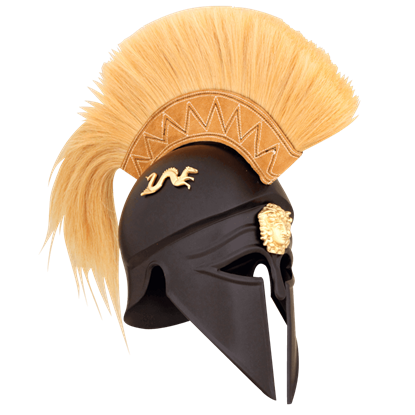 Item # AH-6058R
The corinthian style of helmet originated in Corinth and was favored because of its protective shape. The Royal Corinthian Helmet with Plume replicates this original style, while adding ornamentation that is decorative and functional.
$216.00
Add to cart 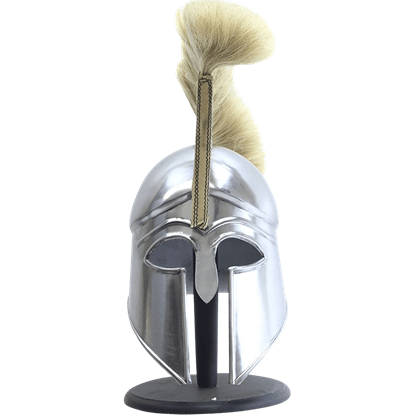 Item # NP-V-80628
You, general, lead your Grecian army no matter where you are, including off the battlefield. Add the Royal Greek Corinthian Helmet to your costume. It also makes a great addition to any armour collection or classical home decor.
$149.90
Add to cart 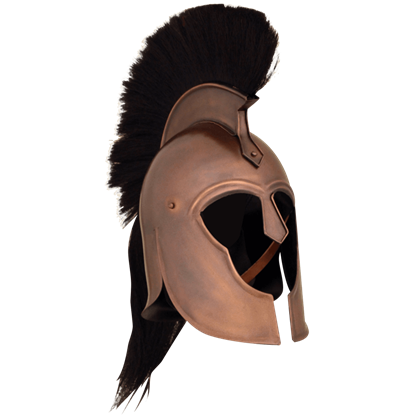 Item # AH-6120
With its classic Greek styling and appearance, it is not difficult to picture an ancient Greek hero wearing the Trojan War Helmet as they charge into battle. This helmet offers full protection as well as an impressive black plume.
$144.00
Add to cart 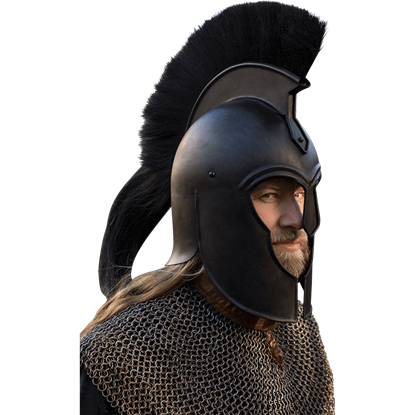 Item # MCI-2117
This helmet is by far one of the most superior Trojan style helmets that we have to offer. The styling is great, the finish cannot be beat, and it is completely lined on the inside. The dark metal finish is also rust and scratch resistant!
$119.00
Add to cart