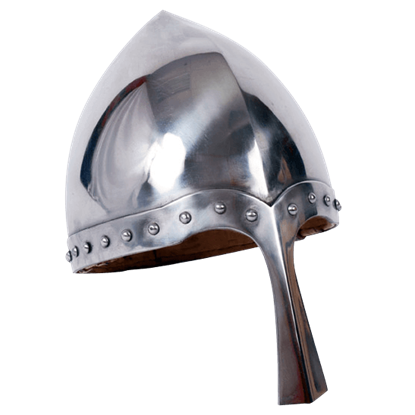 Item # DS-1703
The Vikings were walking proof that you did not need to have an overly complex helmet to keep your head safe. This 14 Gauge Steel Viking Helmet is a modern-day reproduction of the same helm that Viking warriors would have favored.
$300.00
Add to cart 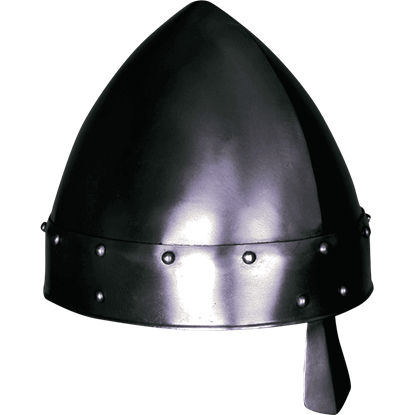 Item # MY100493
When combined with a chainmail coif and padding the Baldric Darkened Norman Helmet increases your defense during LARP battle. Its classical design developed across Western Europe from the 9th century into the High Middle Ages.
$51.00
Add to cart 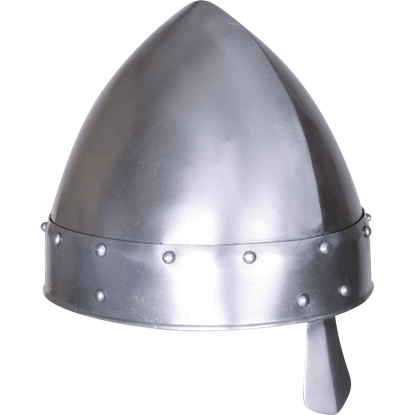 Item # MY101251
With a grim look on your face, you stand ready, awaiting the start of battle. The Baldric Steel Norman Helmet protects your head from certain attack. This fantastic helmet works wonderfully for roleplaying events, faires, and more.
$48.00
Add to cart 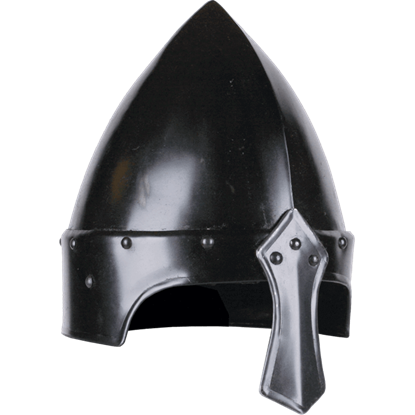 Item # MY100082
Modeled on the historical helmet style popular among the Norman peoples of Northern Europe during the Middle Ages, the Blackened Eindal Norman Helmet features a conical shape and a distinctive nose guard riveted to the forehead.
$54.00
Add to cart 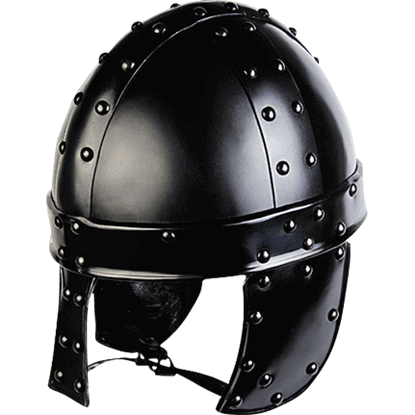 Item # MY100497
The Tapestry of Bayeux depicts the knights and guardsman of William the Conqueror. On their heads rest Spangenhelms similar to the Blacwin Darkened Norman Helmet, a perfect fit for those who wish to reenact the Battle of Hastings.
$78.00
Add to cart 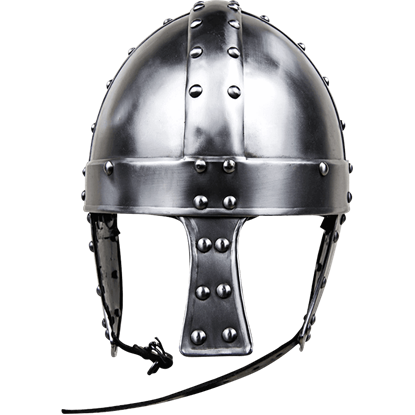 Item # MY100496
The Tapestry of Bayeux depicts the knights and guardsman of William the Conqueror. On their heads rest Spangenhelms similar to the Blacwin Steel Norman Helmet, a perfect fit for those who wish to reenact the Battle of Hastings.
$69.00
Add to cart 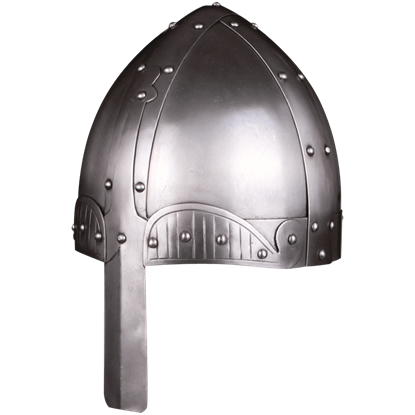 Item # MY100599
Named after Bragi, son of Norse god Odin, the Bragi Steel Helmet is inspired by historic Viking helmets. Curved and riveted plates along the helmets front bottom edge add an extra touch of style to this handmade steel armour piece.
$80.00
Add to cart 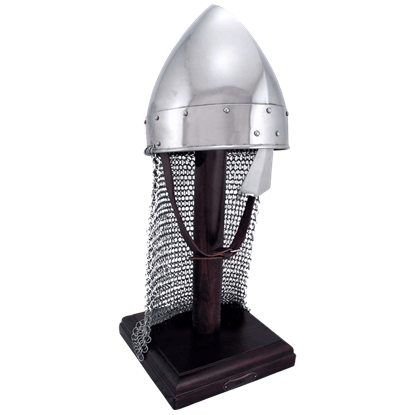 Item # ED8134
This skillfully hand-crafted pre-13th century helm gets the name Camail from the meaning curtain-mail, in which a protective curtain of chainmail is hung from the helm. Our wearable historical life size helm is made of 18 gauge steel.
$176.75 $159.08
Add to cart 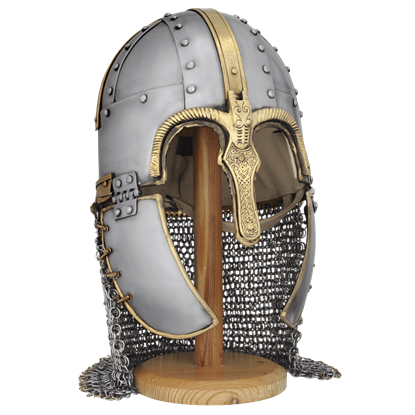 Item # AB0521
The Coppergate Helmet was recovered during excavations in the ancient city of York in 1982. The Anglo-Saxon helm is of archeological importance. The inscription on the crest is an invocation for protection from the helmets owner.
$308.00
Add to cart 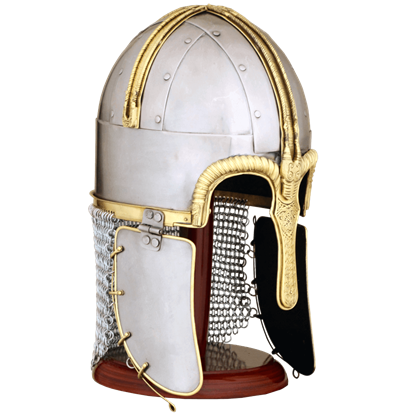 Item # AH-6730
The original Coppergate Helmet, also known as the York Helmet, is one of only four Anglo-Saxon helmets discovered to date. Now, you can own an impressive reproduction of that remarkable piece, as this Deluxe Coppergate Helm.
$261.00
Add to cart 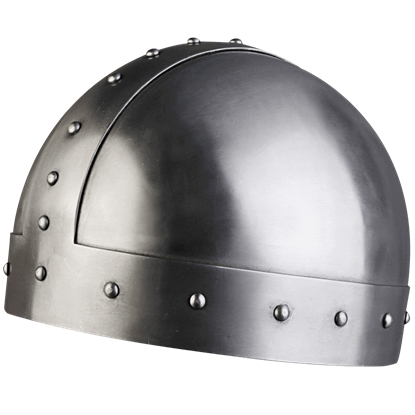 Item # MY100603
When you take to the battlefield, make sure to protect your skull with the Dietrich Steel Spangenhelm. This handmade steel helmet is modeled after one of the most popular European helmet styles seen throughout the Early Middle Ages.
$53.00
Add to cart 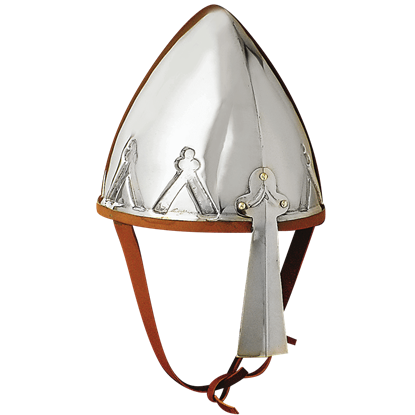 Item # AH-6736
The Norman style of helm was so effective that it was used up until the 10th century, during the crusades. This Early Crusader Trefoil Nasal Helmet is, in virtually all ways, a classic Norman helm that features more decoration.
$135.00
Add to cart