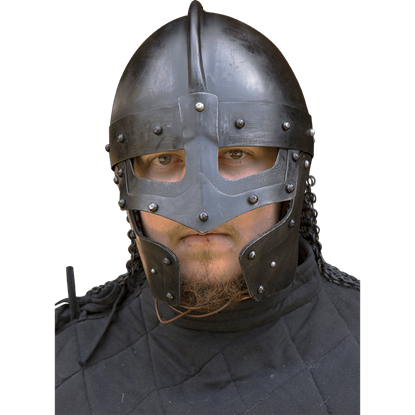 Item # MCI-3352
For a dark raider, blackened armour is a pleasing aesthetic. The Raven Helmet - Epic Dark is a blackened iteration of the Norman Style helmets that Vikings wore into battle. Its design provides mobility and security simultaneously!
$139.00
Add to cart 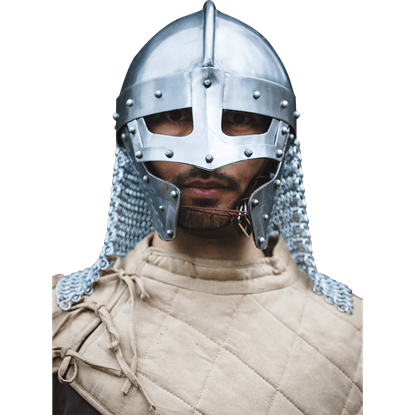 Item # MCI-3351
In a style that befits a Viking helmet, the Raven Helmet - Polished Steel makes sure to provide maximum coverage while retaining mobility. This awesome steel helmet is designed with combat in mind and will be sure to protect you!
$129.00
Add to cart 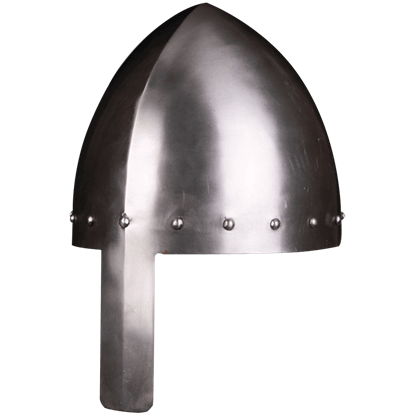 Item # MY100664
With grim austerity, you await the inevitable chaos of war. The Roger Steel Nasal Helmet protects your head, the favored crown for battle hardened warriors such as yourself. This helmet takes inspiration from classic Viking styles.
$62.00
Add to cart 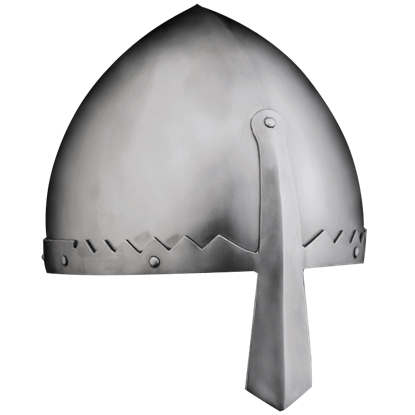 Item # MH-H0934
The Saint Wenceslaus Cabasset features a sleek construction. The top portion is smooth and rounded, seemingly seamless, and ends in a slight point. A ridged nasal is riveted to the front of this helmet for nose protection.
$108.00
Add to cart 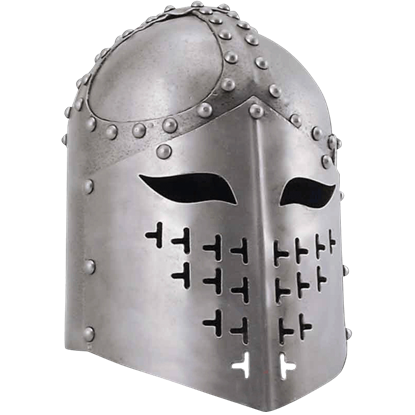 Item # ED2503
This unique armor helmet of history was favored by many knights of the Middle Ages. It gets its name from the plates called spangens that were united to form the round contoured top which shunted blows easier than flat top designs.
$279.00
Add to cart 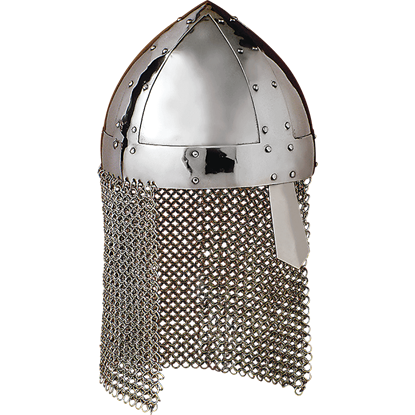 Item # AH-6737
You almost could not ask for a more effective Norman or Viking helm than this Spangenhelm Nasal Helmet. Historically, this was a helm worn by common soldiers and elite warriors alike, if only for the helms incredibly efficient design.
$99.00
Add to cart 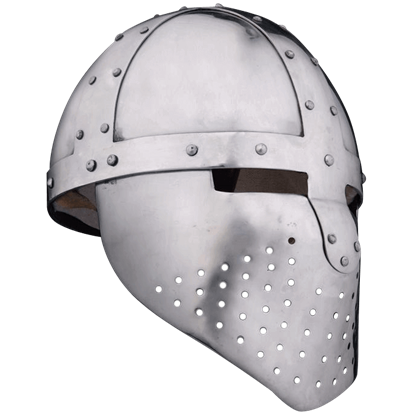 Item # MHR-H0923
Protect both the top of your head and your face using the Spangenhelm with Face Guard. This historic helmet shape utilizes riveted segments and strips to create its round look while the face guard provides additional defense.
$169.00
Add to cart 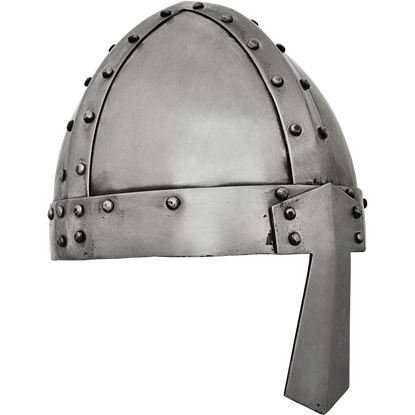 Item # AB0399
Conical helmets made up from separate metal plates 'spangen' held together and reinforced with metal banding and rivets were in use as early as the 6th century and continued to be used in various forms as late as the 15th century.
$123.00
Add to cart 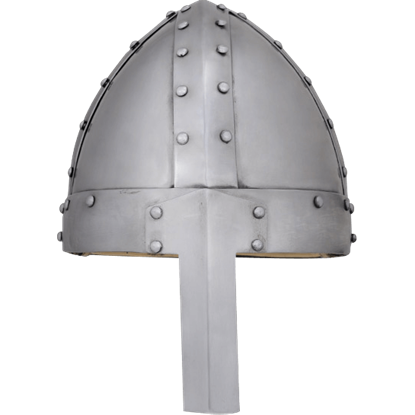 Item # AB0415
As you set forth to raid an unsuspecting nearby village, you place the Spangenhelm with Straight Nasal Guard onto your head to protect it in battle. Wear this Norse helmet to your next historical reenactment or Renaissance faire.
$123.00
Add to cart 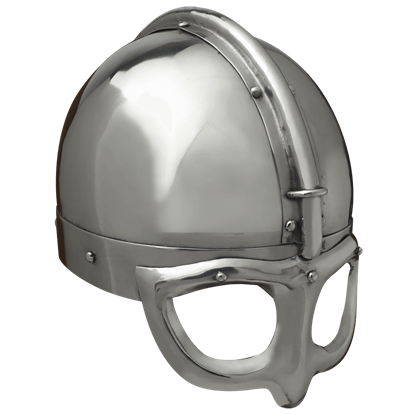 Item # AH-6741
This is definitely one of the most heavy-duty Viking helmets that can be effectively used in combat. This Spectacle Helmet has taken a few features from an authentic Viking helmet and perfected them in this effective piece of armor.
$203.00
Add to cart 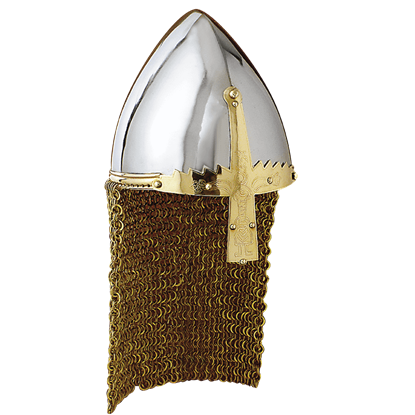 Item # AH-6733S
Named after a Saint Wenceslas I, Duke of Bohemia, this helmet is modeled after the one he wore when he defended Bohemia against the Mongol armies. That is very likely as this St. Wenceslas Helmet is simple and yet ruggedly effective.
$135.00
Add to cart 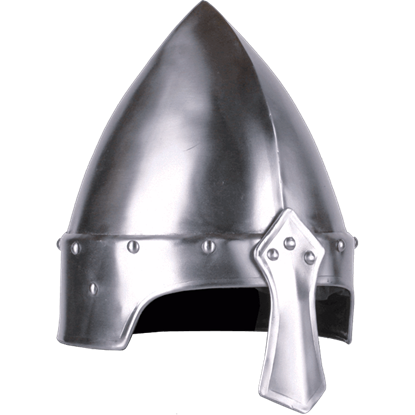 Item # MY100081
Modeled on the historical helmet style popular among the Norman peoples of Northern Europe during the Middle Ages, the Steel Eindal Norman Helmet features a conical shape as well as a distinctive nose guard riveted to the forehead.
$50.00
Add to cart