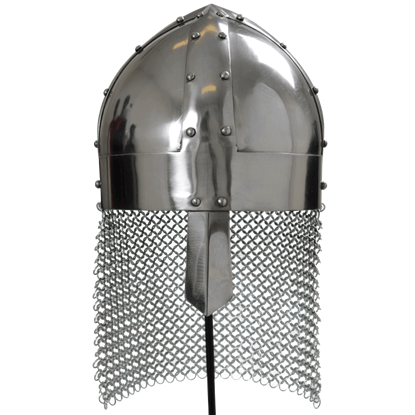 Item # MCI-2433
The Vikings weren't always known for the showiest of helmets, but they frequently wore some of the most effective for their period. This Viking Spangenhelm - Steel recreates one such helmet for the modern-day warrior to wear.
$80.00
Add to cart 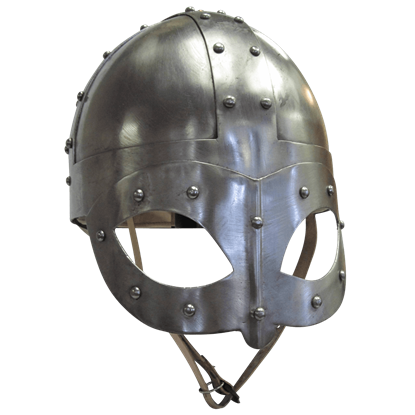 Item # AB1544
The Vikings were a group of warriors whose helmets could be truly varied. Some were simple, some were not. This Viking Spectacle Helmet falls into the latter category, combining several features into an impressive, protective headgear.
$96.00
Add to cart 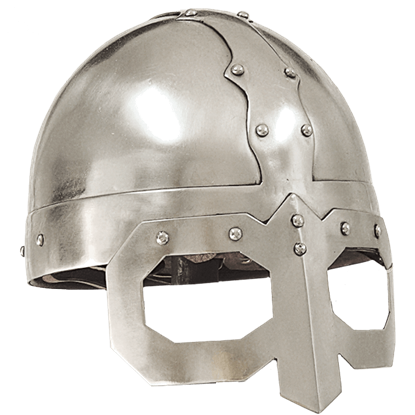 Item # AB2994
The Spectacle Helmet is a variation of the Viking Spangenhelm and is so named for the eyepieces formed integrally with the nasal. This Viking Helmet is crafted in 16 gauge steel, leather lined and ready for use.
$99.00
Add to cart 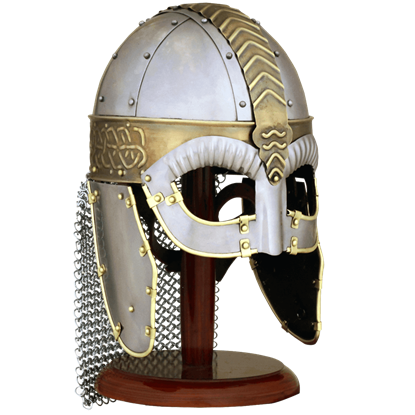 Item # AH-6770
Vikings and other Norse warriors were well-known for their attempt to emulate the fury and prowess of animals, and this Viking Wolf Helmet is likely an attempt to channel the power of the wild wolf, creating a warrior blessed by Odin.
$198.00
Add to cart